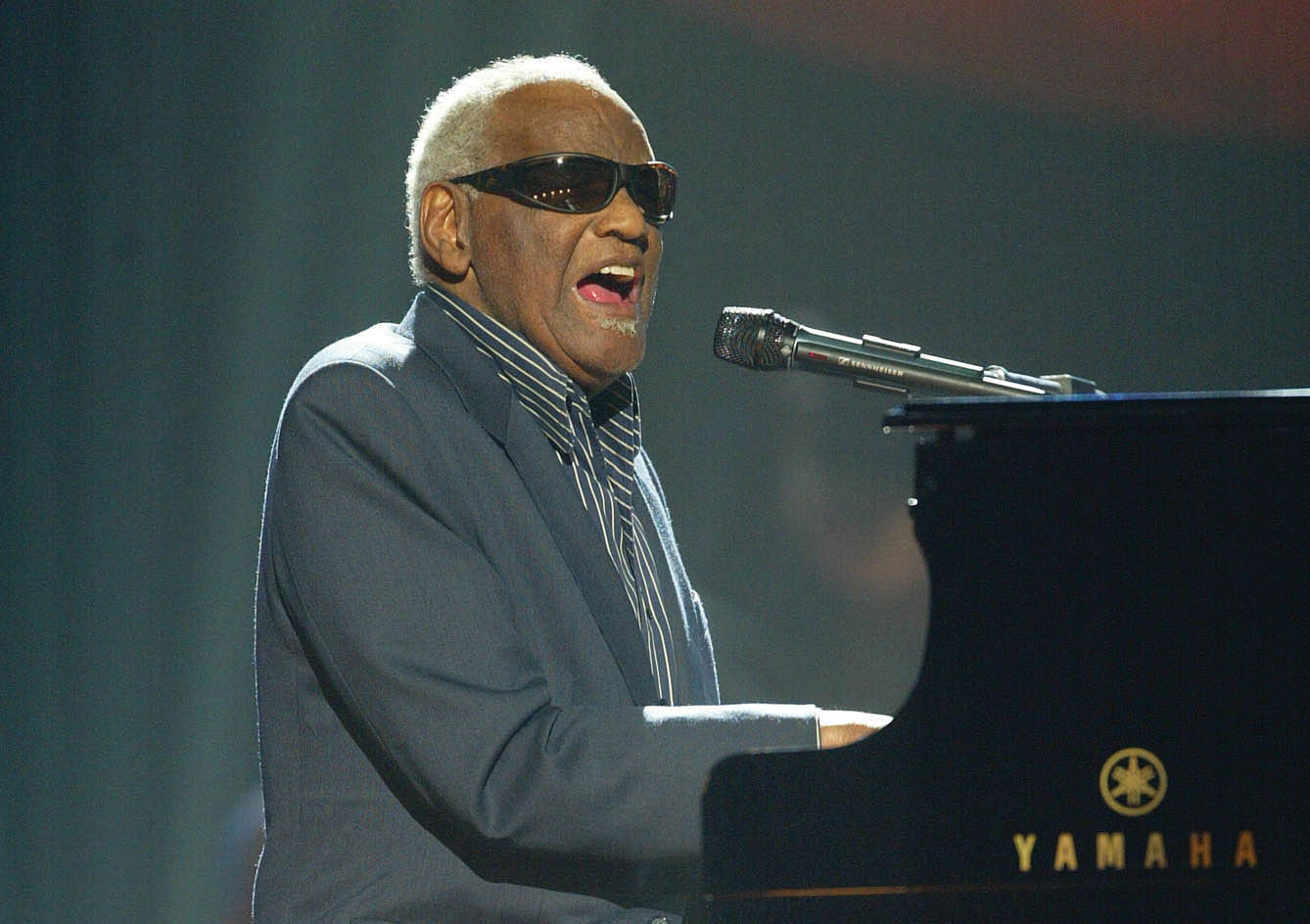 Ray Charles Robinson (September 23, 1930 – June 10, 2004) was an American singer, songwriter, musician, and composer. Among friends and fellow musicians he preferred being called “Brother Ray”. He was often referred to as “The Genius.”[3][4] Charles started losing his vision at the age of 6 due to glaucoma.[2]

Charles pioneered the soul music genre during the 1950s by combining blues, rhythm and blues, and gospel styles into the music he recorded for Atlantic.[2][5][6] He contributed to the integration of country music, rhythm and blues, and pop music during the 1960s with his crossover success on ABC Records, notably with his two Modern Sounds albums.[7][8][9] While he was with ABC, Charles became one of the first black musicians to be granted artistic control by a mainstream record company.[5]

Charles’ 1960 hit “Georgia On My Mind” was the first of his three career No. 1 hits on the Billboard Hot 100. His 1962 album, Modern Sounds In Country And Western Music, became his first album to top the Billboard 200.[10] Charles had multiple singles reach the Top 40 on various Billboard charts: 44 on the US R&B singles chart, 11 on the Hot 100 singles chart, 2 on the Hot Country singles charts.[11]

Charles is a 17-time Grammy Award winner.[10] He was honored with the Grammy Lifetime Achievement Award in 1987; 10 of his recordings have been inducted into the Grammy Hall of Fame.[10]

Charles cited Nat King Cole as a primary influence, but his music was also influenced by Louis Jordan and Charles Brown.[12] He became friends with Quincy Jones. Their friendship lasted until the end of Charles’s life. Frank Sinatra called Ray Charles “the only true genius in show business,” although Charles downplayed this notion.[13] Billy Joel said, “This may sound like sacrilege, but I think Ray Charles was more important than Elvis Presley“.[14]